Buying a smartphone: here's what you need to know | TrendingResults.com
Menu

Buying a smartphone: here’s what you need to know 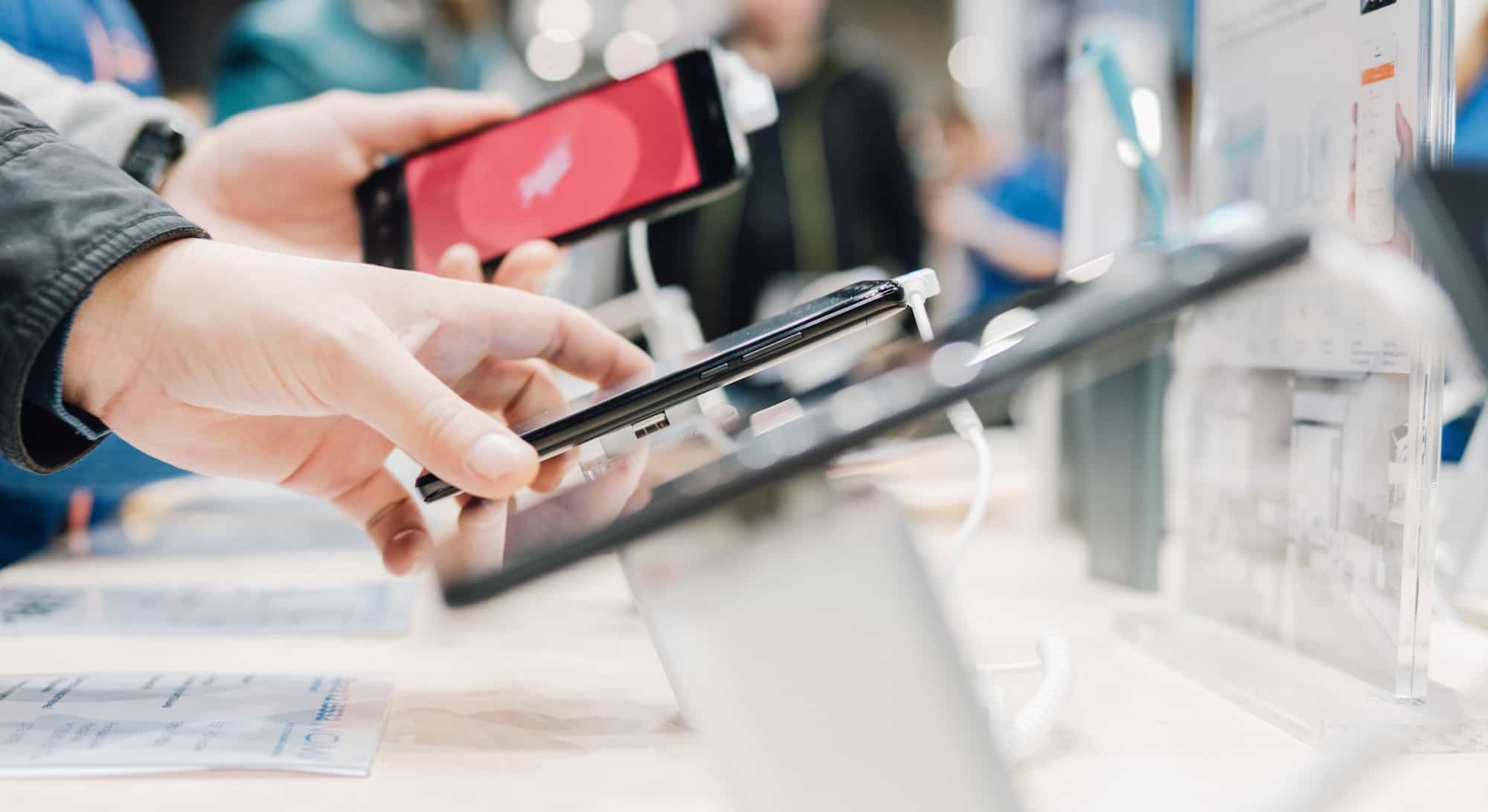 Choosing a smartphone today has become very complicated as there is a huge variety of models and types on the market.
When one comes across such a choice, the best strategy for choosing the right smartphone for one’s needs is to know, even misleadingly, the characteristics, so as to be able to prioritise what needs to be prioritised.
First of all, let’s look at the various components we need to analyse: display, processor, memory, camera quality, battery, operative system. Let’s look at each of these components more specifically.

The display is one of the most important components. Among the features to be taken into account are the size, the form ratio of the display, the resolution and the type of panel.
With regard to the size, most models are now around 5.7 inches, as it has been realised over the years that this is the optimal size.
The display form ratio, on the other hand, indicates the proportion between the long and short sides; it is usually 18:9.
As for the resolution, obviously the higher the better. Most mobile phones have either Full HD (1920 x 1080 pixels) or HD (720 x 1280 pixels). There are some exceptions, such as for iPhones, where we can find a Quad HD or 4K Ultra HD resolution. In these cases one has to be careful because having such a screen implies having to have a fairly powerful battery, as high resolution means higher energy consumption.
For sharpness, one has to look at ppi (pixels per inch). This size indicates the density of pixels per inch of screen.
Regarding the type of panel, we can have:

The processor is the brain of the smartphone. What has to be taken into account here is the number of cores, i.e. the number of control units, and their operating frequency. The most common are MediaTek, Apple, Exynos and Qualcomm.

RAM is the part of the memory where data is temporarily stored, so having RAM with a high storage capacity means having fast and functional multi-tasking.
Today, you need at least 4GB of RAM to have a normal performance. Even better if you choose 8GB.

The quality of the camera is suggested by the parameter of Megapixels. The advice I give you is not to stop at just that number because there are other important factors to take into account:

The quantity to refer to when looking at this aspect is the mAh (milliampere hour). The larger this parameter, the larger the battery.
Also with regard to this aspect, it is important to take into account the quick charge function that allows charging in a short time.

The two absolute operating systems are Android and IOS. The main difference between the two is that Android is an open system, unlike iOS which is a closed system.
So the advantage of an android is that it is the most popular and also open. You can download apps from the play store as well as non.
The cons of android is that being more open, it is easier to attack.
On the other hand, with the iOS system, you do not have the freedom that you have with Android, since you can only download apps from the App Store, but iOS is more difficult to attack and therefore more secure.

The latest trends in perfumes and fragrances for women

Perfume is a person’s true stylistic signature, capable of speaking of his or her personality in a sensual and delicate way.The year 2022 has brought a number of innovations in the field of perfumes, respecting tradition but also providing modern men and women with unforgettable fragrances.Everyone can enjoy the bouquet that best matches his or… END_OF_DOCUMENT_TOKEN_TO_BE_REPLACED

The latest trends in perfumes and eau de toilette for men

What are the most fashionable essences at the moment? For lovers of the latest perfume trends, it is impossible to miss the notes of rose, a timeless plant that is interpreted in a fresher and more dynamic key, suitable for romantic and delicate women.Again, jasmine prevails considerably, which lends itself to the creation of both… END_OF_DOCUMENT_TOKEN_TO_BE_REPLACED

The latest trends in rings and gift jewellery

The latest trend in the world of jewellery and rings is to opt for different finishes. Yellow gold, white gold, rose gold, silver and swarosky are some of the most popular choices among women around the world. What really matters is finding the right combination of colour and style that suits your look.Yellow gold, white… END_OF_DOCUMENT_TOKEN_TO_BE_REPLACED

White gold or yellow gold?White gold is the most commonly used material for jewellery, especially for engagement rings. It is a precious, durable and wear-resistant material. Yellow gold, on the other hand, is less expensive and can be easily worked. It is a softer and less resistant material, but many prefer it because it gives… END_OF_DOCUMENT_TOKEN_TO_BE_REPLACED