Tobacco addiction: how to stop smoking 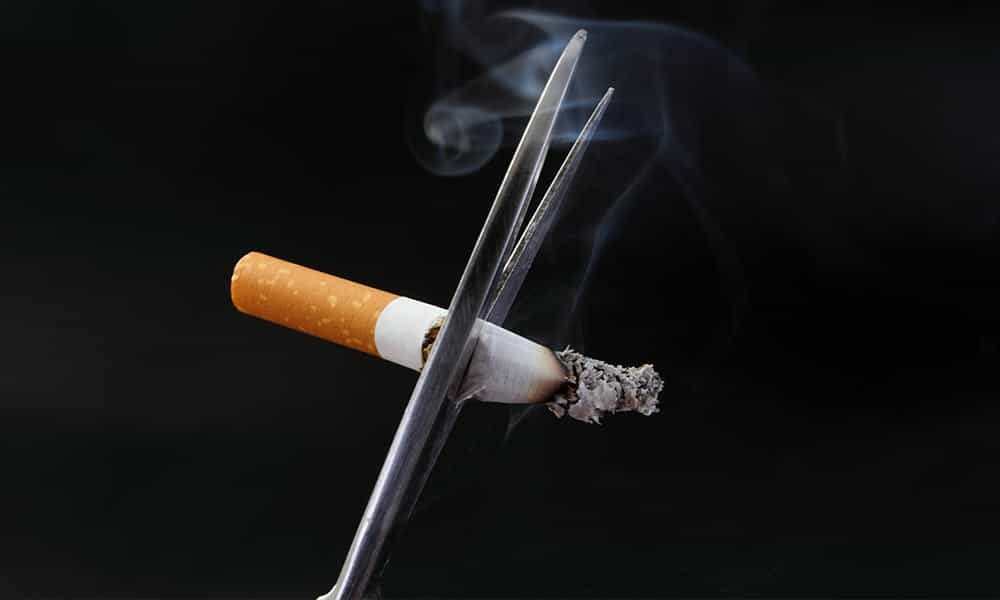 Surely nicotine is a drug in all respects from which it is difficult to break free, and this for several reasons. First of all, once inhaled, it reaches the brain very quickly (about 8-10 seconds, faster than an intravenous injection) and therefore responds very well to the definition that a drug is the more fearsome the faster its psychoactive action.
The cigarette also gives the smoker the possibility to acquire a perfect drug control much more efficient than other drugs; this means that the smoker, through the frequency and intensity of puffs, can perfectly self-dose the substance according to his psychophysical needs: more nicotine if he feels agitated, and nicotine will have a relaxing effect, less nicotine if a stimulating action is required. If you think about it for a moment you have seen it done by friends who smoke (or smoked): a slow and relaxed smoking in moments of relaxation and a frenetic and contracted smoking in moments of stress.

Treatment of any disease should aim to restore an acceptable quality of life. This is particularly difficult in cases of COPD because the first measure to be taken is a major sacrifice: stop smoking. Trying not to smoke is above all a matter of willpower and motivation; persisting in giving up will be more acceptable if the patient immediately feels significant benefits from this sacrifice.

Various aids and substitutes are available on the market, but their effectiveness is generally negligible.

The nicotine patch only reduces the need to absorb the alkaloid by inhalation and maintains nicotinemia by transcutaneous administration. Nicotine administered by nasal spray has caused asthmatic episodes. In addition, neither method can reproduce the satisfaction derived from the act of lighting and smoking a cigarette. About 80% of those who have tried to quit using nicotine replacement therapy resume smoking after a short time. The various artificial mouthpieces with nicotine-like chemicals or which produce a tobacco-like taste in the mouth maintain the habit of tactile and oral stimulation, one of the premises to relapse into the habit of smoking, as well as e-cigarettes.

Also the antidepressant psychotropic drugs (bupropion and nortriptyline) which have been introduced quite recently have a not very satisfactory effect. Other means of paramedicine (various earrings, stimulation of certain pressure areas, acupuncture) or even pranotherapy probably achieve a result, when they do, by providing help on a subconscious level. In fact, many smokers do not even try not to smoke for the fear of failure: relying on an external action, if you fail to quit the responsibility lies with the operator who has not provided a good professional performance. In the presence of a real determination to quit smoking, this ploy causes a release of responsibility that makes it easier to quit, and the goal is so important that, in the end, any means is permissible.

Most of the time, the prescription to “stop smoking”, with its implication of a definitive measure with no return, induces in the patient an immediate refusal that makes it more difficult to keep his attention on the other prescriptions of the doctor. On the other hand, it should not be forgotten that these are patients who are suffering and who need help to put into practice all those measures that can improve their condition, including quitting smoking, which I am sure they have already thought about on their own without succeeding.

It is much easier for the patient to deal with quitting smoking by seeing it as a time-limited measure to be adopted by his or her own will and not imposed from outside, starting with a program of abstinence from smoking for a few days; if at the same time with an aggressive pharmacological therapy a decisive improvement of the clinical condition and of the quality of life in general is obtained, in other words if a series of immediate advantages are given to the patient in exchange for this considerable renunciation, the patient himself will prolong the period of abstention until the day in which, according to the original “contract”, he could have started smoking again.

In any case, even if the patient does not manage to quit smoking, he cannot be denied a pharmacological therapy that can make him feel better, even if the effects will not be less marked, but if anything more limited in time.

What are the symptoms of smoking?

Tobacco addiction is an intoxication that depends on prolonged and constant use of tobacco. This addiction to smoking often causes damage to many organs and tissues of the body as cigarettes produce about 4000 substances that are found to be toxic or carcinogenic. The individuals most at risk of damage from smoking are the heavy… END_OF_DOCUMENT_TOKEN_TO_BE_REPLACED

Atopic dermatitis, also known as endogenous eczema, is a benign disease with a multifactorial aetiology, which, together with asthma and allergic rhinitis, is one of the atopic diseases, i.e. diseases related to the tendency of certain (atopic) individuals to manifest amplified immune responses to small amounts of allergens. We distinguish two forms of atopic dermatitis… END_OF_DOCUMENT_TOKEN_TO_BE_REPLACED

What is erectile dysfunction? First of all, in defining erectile dysfunction, it must be made clear that we are not talking about a disease, but often it can be a symptom revealing the presence of a physical pathology, such as an alteration in the cardiovascular system, an endocrine-metabolic problem, a neurological disease or even diabetes.… END_OF_DOCUMENT_TOKEN_TO_BE_REPLACED

Erectile dysfunction is a more common disorder than one might think, and it is easy to see how it can put men who suffer from it in check. However, it is not easy to understand what solution can help achieve significant improvements, also in light of the fact that the causes can be of a… END_OF_DOCUMENT_TOKEN_TO_BE_REPLACED